Now Ukraine is a country of opportunities for foreign investors and companies. It is reported by Upmp.news with reference to Official website President of Ukraine Petro Poroshenko.

“Now Ukraine is a country of opportunities for foreign investors and companies. The research conducted by the Institutional Investor showed that in 2018 Ukraine will be the first country in the world for investors among the emerging markets,” President Petro Poroshenko said during his participation in the First Forum of Regions in Gomel as part of the working visit to Belarus.

The Head of State stressed that economic growth is being ensured in Ukraine. He cited figures on GDP growth – according to the results of three quarters, it was 3.8%. According to him, solvent demand grows; opportunities of the domestic market grow; national currency is secured; budget deficit was limited; banking system is stable; tax legislation is stable; inflation has not changed and is less than 9%; capital investments for the six months were increased by 26.5%.

The President recalled the adopted laws “On limited liability companies”, “On joint stock companies”. “The Law “On currency and currency transactions”, which completely liberalizes this market. Restrictions that had been introduced in the early 90’s were abolished,” he explained.

The Head of State said that the objects of small privatization are buildings, industrial sites, recreation facilities: “I am convinced that Belarusian entrepreneurs will take advantage of this opportunity and take part in privatization”.

The President also expressed gratitude to the Ukrainian entrepreneurs in Belarus, in particular to the companies producing bucket loaders in Minsk region, welding electrodes in Svietlahorsk, equipment for agricultural farms in Pinsk, etc. According to him, delegations from most regions of Ukraine came to the Forum, more than 250 Ukrainian businessmen took part in the exhibition and presented products of more than 60 Ukrainian manufacturing enterprises and companies. “This is the attention that investors, producers pay to each other’s markets,” he said. 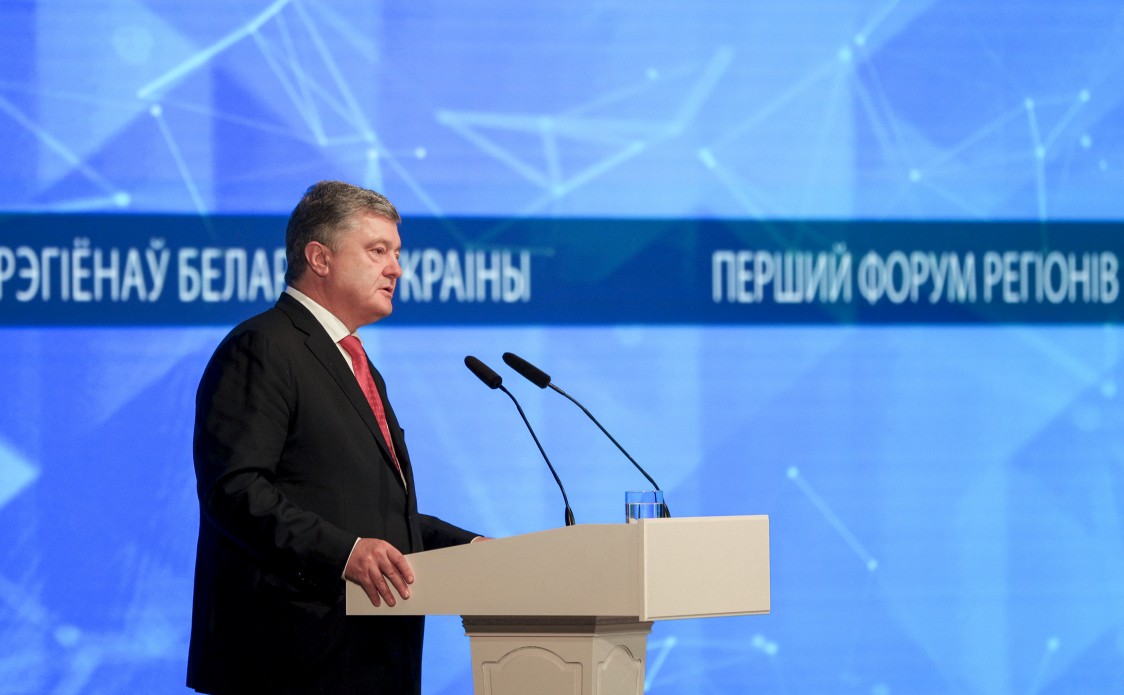