President of Ukraine Volodymyr Zelenskyy got acquainted with the situation on the line of contact in the area of the Joint Forces Operation, as well as the line of duty and accommodation of the Ukrainian military on the frontline during his working trip to Donetsk. It is reported by Upmp.news with reference to Official website President of Ukraine Volodymyr Zelenskyy.

On his own initiative, the President handed over state awards and watches to soldiers of the 92nd Separate Mechanized Brigade of the Operational Command “East” Ground Forces of the Armed Forces of Ukraine without the submission of the Ministry of Defense of Ukraine.

In addition, Volodymyr Zelenskyy paid tribute to the Hero of Ukraine, Deputy Battalion Commander of the 72nd Separate Mechanized Brigade Andriy Kyzyl and laid flowers at the monument to the defenders of Avdiivka with a portrait of the perished soldier in the Donetsk region. 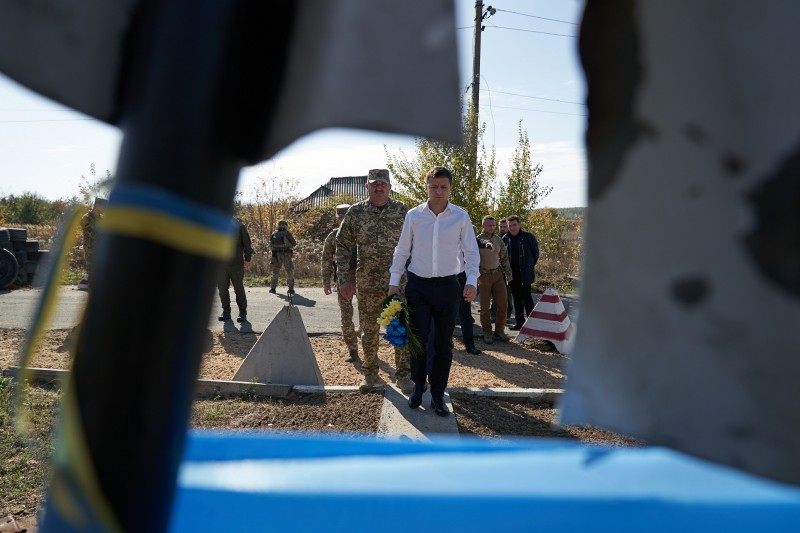