IN LUBLIN APPEARED POSTERS CALLING ON UKRAINIANS TO RETURN HOME

In Lublin, appeared posters that urged Ukrainians to return home. This is reported by Upmp.news with reference to Our Word.

“We are waiting for you at home,” written on a banner in Ukrainian. The banner is located on the street Wodopojna, close to the city center.

The advertisement is visible from the route leading from Warsaw to the Ukrainian border. The advertiser is listed on the poster – Fujikura.

Fujikura’s Polish branch said they did not know about such posters, and this is obviously an international, non-Polish project.

The Ukrainian branch of the Japanese company explained that the advertisement with the appeals of Ukrainians to return home belongs to them.

They explain that Fujikura offers Ukrainians work on the factories of the company, located near Lviv and Vinnitsa, which produce optical fiber, telecommunications and cable ties for the world’s largest automobile manufacturers. Professions are different – from the cable network operator to the quality controller. There is a possibility of career growth with the transition from one line of production to another, and also there is free training, – convinces the firm.

Recall that recently Ukrainians in Lublin noticed the calls from the posters “We are waiting for you at home”. The advertisement is visible from the route leading from Warsaw to the Ukrainian border. 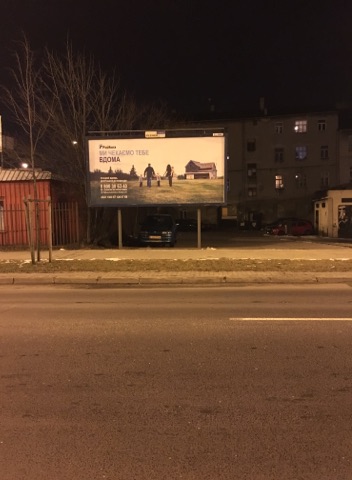